Today’s world programs us to believe science has conclusively answered that question in the negative. God is a fantasy our unenlightened ancestors invented to explain mysteries that science either has solved or, we assume, will solve. While our forebears saw the myriad of perfectly adapted living creatures as implying a Creator and creationism, we have given that accomplishment over to Darwin and evolution. The only places left for God to inhabit are the dark spots of our knowledge, making Him a God of the gaps whose territory shrinks with each passing discovery. The universe owes its existence not to the Divine but to the big bang; the fine tuning of the universe evidences not intelligent design but the inevitability of the anthropic principle.

But while this modern knowledge might make us feel smug and superior, it comes with tremendous personal and social costs—the loss of both individual spirituality and communal morality, for without God there can be neither spiritual reality nor moral absolutes. Life boils down to an empty quest for self-gratification; the rules we follow are mere transient, cultural customs contrived by mortals based on what seems right and expedient to them at a given place and time. Judgment is impossible because everything is relative. Virtue is just a word.

Because the tradeoff is so pricey, we need to be sure it’s a righteous exchange. Has science really banished God to the realm of boogeymen and superstition, or is theism not only compatible with science but in fact supported by it?

Roger Limine thought he knew the answer, but trustworthy beliefs are ones that have survived being put to the test.

Roger’s beliefs are about to undergo the hardest test of his life. 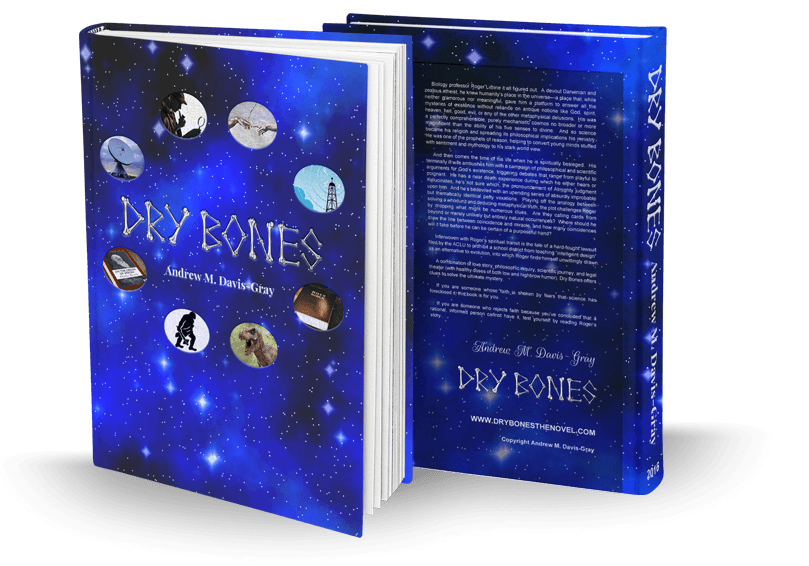